MUBUTV's Ritch Esra sits down for part two of our interview to continue discussing with Tom the artist, manager relationship and the new business model they are in.

John Watson is a prominent Artist Manager whose company Eleven represents some of Australia's leading Music Artists, such as Gotye, Silverchair, Missy Higgins, Birds of Tokyo, Cold Chisel among others.

MUBUTV's Ritch Esra sits down with John to discuss the artist, manager relationship as well as the worldwide success of Goyte.

Want To Get Your Music Into Film & TV? Don’t Miss Our Special Promotion With Broadjam 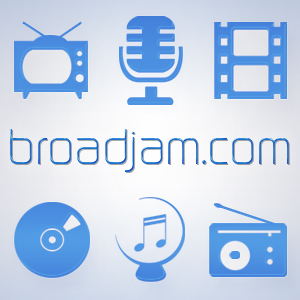 Broadjam is about connecting songwriters and artists with the music industry professionals who are looking for their music. When you send your song to a Broadjam opportunity, it’s going straight to the music supervisor, publisher, or record label executive.

HOLLYWOOD, CA (August 7, 2013) – After their successful launch of Season 1 last year, MUBUTV™ announce the launch of Season 2 of MUBUTV’s: Insider Video Series. Season 2 features exclusive interviews with some of today’s leading international music business professionals from the UK, Australia and Germany who discuss a large range of topics surrounding an artists career including; marketing, branding, music publishing, artist booking agencies, artist management and being an independent artist in today’s marketplace.

Interviews were shot on location at this years global music conference MUSEXPO held this past May at one of Hollywood’s landmark locations the Roosevelt Hotel. The first episode to kick off the new season will feature booking agent Tom Windish of the Windish Agency.

MUBUTV’s Insider Series will debut a new episode every two weeks. For more information videos and news on MUBUTV™ contact John Sanders at media@mubutv.com or 424.245.0416 or visit their website at www.mubutv.com

ABOUT MUBUTV
MUBUTV™ | Music Business Television: is a new online music channel, featuring news and original programming designed to inform, educate and empower music artists, bands, musicians, in addition to music industry professionals and music fans about all areas of modern music, tech and the business that surrounds them.

Industry Veteran Kenny Kerner sits down with MUBUTV's Ritch Esra and talks about his 45 plus years in the music industry and how he discovered the Rock band KISS. He also talks about his upcoming autobiography as well as a new music school he just co-founded aptly titled, The Cool School.

A record producer with 18 gold and platinum awards (KISS, Gladys Knight, Jose Feliciano, Badfinger), a prolific songwriter, a noted journalist (Music Connection, HITS, Rock Scene, Metal Mania), a publicist (Michael J. Fox, Jay Leno), personal manager and a distinguished author (Going Pro, Get Smart): this expansive list of credits alone would designate Kenny Kerner as a major force in the modern music business. But there's much more:  As the former Director of the most innovative curriculum in industry education - The Music Business Program (MBP) at Hollywood's famed Musicians Institute (MI) -- Kerner extended his knowledge to the next generation of industry moguls. Then, as Director of Student and Alumni Media, this influence is worldwide. Kerner now runs his own school—thecoolschool for music business studies, along with partner Chris Fletcher.

It was in New York, working for Cash Box magazine, that Kerner discovered a reel-to-reel demo tape that he recalls as "...raw street rock and roll." He convinced legendary industry veteran Neil Bogart to sign KISS  to Casablanca Records. Kerner and his partner, Richie Wise, produced the band's first two albums and in doing so, laid the foundation for rock music history. The band was recently elected to the Rock and Roll Hall of Fame and will be inducted in April 2014.

Relocating to the West Coast, Kerner worked as an account executive with Kramer-Reiss-Patricola, a Hollywood Public Relations firm repping Jay Leno and Michael J. Fox. With Aucoin Management's West Coast office, he helped with the day-to-day operations for KISS, Starz and Billy Squire, and he Tour-managed a 44-city Shaun Cassidy/Virgin National Tour -- the second highest grossing tour of that year according to Billboard magazine.

In addition to Cash Box, Kerner worked as a feature writer, first call interviewer and editor with a diverse range of publications including HITS, Gig Magazine, TAXI Transmitter, Rock Scene and Metal Mania magazines.  He was Senior Editor of Music Connection for almost nine years and conducted interviews with such luminaries as Clive Davis, John Lennon and Michael Jackson among others.

Authoring his first book Going Pro: Developing a Professional Career in the Music Industry (Hal Leonard) allowed Kerner to share his valuable expertise and a follow up,  Get Smart! delivered even more straight forward information. It was a natural fit for Kerner to lecture and mentor aspiring artists, musicians and future executives.

With over four decades in music, Kenny Kerner's perspective on the modern music business industry is unparalleled. What sustains him is vision, energy and the promise of being able to give back to the industry. 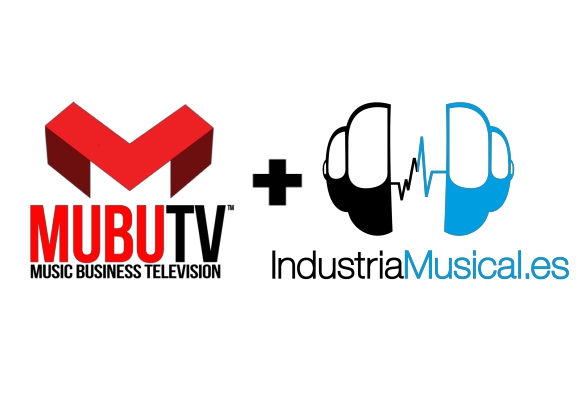 MUBUTV™ proudly welcomes new music industry media portal from Spain IndustriaMusical.es to the family. Industria Musical created by co-founders Angel Navas and Carles Martinez Prieto was born in the absence of Spanish media, with a vision to become a leading portal in the music industry.

There are many factors that affect and drive the music of today and they all fall within our daily theme: record sales, downloads, streaming, concerts, technology, applications, social media, marketing, music branding, music companies, startups, reports, events, intellectual property, copyright, conferences and more. They are a professional portal for professionals and anyone interested in today's music business.

At Universal Music Publishing for 15 years.  Currently, he is President of Music Ventures for Saban Capital Group.

MUBUTV's Ritch Esra sits down with David to discuss the current state of music publishing.

Watch part one and two below.

MUBUTV Hopes To Break The Next Big Band

LOS ANGELES -- MUBUTV (Music Business Television) has announced that they are currently seeking artists and bands to submit videos for their “MUBUTV Featured Artist Series” which will showcase videos from new and up-and-coming artists of any genre.

“We want MUBUTV to be the trusted source to help break the next generation of artists”, says Ritch Esra one of the co-founders of MUBUTV™.

Artists and bands looking to submit their videos for consideration to be featured on MUBUTV can visit their official website at: mubutv.com. Hover over the ‘contact’ category and click the ‘submit your video’ link for submission guidelines.

MUBUTV is an online video series focused on music industry news and original content that spans several areas of today’s music industry, including: A&R, music supervision, legal affairs, marketing & branding, publicity and record production among others. Formed through a partnership between Ritch Esra of the Music Business Registry and Eric Knight of Symbiotic Nation, the series launched last summer with a series of interviews with some of the leading figures in the industry.

In The Hot Seat With Larry LeBlanc: MUBUTV's Ritch Esra 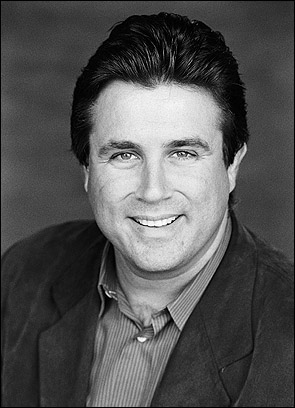 Since 1992, Ritch Esra and Stephen Trumbull have been publishing The Music Business Registry, starting with The A&R Registry.

Their comprehensive industry directories have expanded to include: The Publisher Registry, The Music Business Attorney Registry, The Record Producer Directory, The Film and Television Music Guide, and The Management Registry (available online only).

Each directory describes how to reach industry contacts by regular mail, email (including web sites), telephone, and by fax. Also provided are the title, street address, the name of contact’s assistant, and the style of music that each executive deals with.

The Publisher Registry, updated every six months, lists all of the creative departments at music publishing companies.

Speaking of the A&R department, HIT CLICK caught up with former A&R executive and Music
Industry expert, Ritch Esra, a man who has his finger on the pulse of A&R today, the labels
and the Music Industry through the Music Business Registry. Beginning his career at A&M
Records in radio promotion, Ritch Esra moved into A&R at Arista Records, where he signed the
Thompson Twins and worked with Aretha Franklin, Dionne Warwick and Whitney Houston.
Since forming the Music Business Registry in the early 90s, he publishes directories (A&R,
Publishers, Attorneys, Producers/Engineers, and Film/TV Music) that are widely regarded as the
best, most up-to-date and accurate in the record industry.

TOM CALLAHAN began his music business career in 1986 after several years as a touring and studio musician. He has held executive positions with three record labels including Enigma Records, I.R.S Records and Virgin Records, where he was VP of Radio Promotion for adult formats. He departed in 1992 to start his own companies including Tom Callahan & Associates, which still operates today as a consultancy, specializing in Licensing, Artist Management, Radio, and Team Building.

MUBUTV's Ritch Esra sits down with Tom to discuss the artist, manager relationship.